Trajectories of implementation of the recent university reform (Law n.240/2010)and its outcomes in a comparative perspective


A project commissioned by the Italian Ministry of Education, University and Research (MIUR)

Law n. 240, 30th December 2010 (also known as Gelmini Reform) introduced a substantial re-design of several organizational and operational aspects of the Italian university system. The reform is going to have a large impact and finally, after years of “legislative layering”, permits to re-design the functioning of the university in Italy.

The reform gives birth to a period of intense activity for the re-organization of the national higher education system, both at ministerial and single university level.

A comprehensive analysis of the legislative framework shows that the legislator clearly aimed at stimulating universities to re-organize the structure of their teaching and research activities, according to new organizational and operational models, in order to improve the general level of quality.

Given such a complex background, the study of the trajectories of implementation by the single universities, and the analysis of the outcomes, even in a comparative perspective, become central.

The number and extent of the actions that the current reform requires to universities is even more complex than what was carried out at the beginning of 2000s for the reform of the organization  of teaching (the transition to the 3+2 model). For this reason we developed a project that deeply investigates the processes of implementation and its outcomes in Italian universities.

With reference to some objectives of the reform, what degree of variance (substantive and procedural) can be detected among Italian universities in the process of implementation? Which objectives and which solutions experience higher variability in the stage of implementation?

Hypothesis: we expect a high heterogeneity among the solutions enforced, some of them even far beyond the original objectives of the reform, in particular where the reform itself left room for multiple options. This occurs because universities tend to interpret in an extensive way the options provided, due to their different characteristics and different internal power relationships.

Which is the degree of actual change that involves key actors and actual decision-making processes, compared to the setting prior to the reform? To what extent this degree of change varies among different groups of universities?

Hypothesis: we expect a lower degree of actual change in actors and decision making processes compared to the degree of formal and operational change. Further, we expect to observe that this degree of actual change varies among single universities. A possible  explanation lays  in the fact that part of the academic community and administration opposed the reform, but the degree of resistance to change may vary on the basis of the original characteristics of the university and on the nature of the leadership that leads the implementation of the reform.

Which are the unexpected outcomes emerging from the implementation of the reform? Do they emerge in all universities or in some ones only?

Hypothesis: if the range of possible solutions is high (hypothesis 1) and the degree of actual change is variable (hypothesis 2), we may hypothesize that a crucial unexpected outcome of the reform might be a differentiation both of the higher education system overall, and an internal differentiation among single universities, following trajectories not driven by the center. This because the reform aimed at producing homogeneous effects on all universities, but the Italian higher education system is characterized by deep differences. The implementation of the reform may thus result in a conflicting and heterogeneous set of isomorphic processes, or rather mechanisms of  differentiation, that do not correspond to a coherent strategy.

The research project focuses the attention on the following main topics:

The instruments of analysis that will be used in the project are mainly two:

a)      a survey (recurring yearly) to all Italian universities;

The analysis of the outcome of the reform will be carried out on two levels: at the level of single university and on aggregate level, in order to depict the framework on national level.

Expected end of the project: June 2015

A project commissioned by the Italian Ministry of Education, University and Research (MIUR) 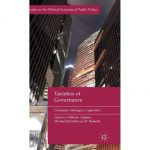